Years ago when I was a young boy playing Rugby League, I remember during one of our prize giving events at the end of the season our coach was handing out some “free” gifts to whoever wanted them! I remember being pushy and desperate to grab what I thought was a good gift so muscled my way to the front and grabbed one of the first gifts he held up which was a flag pendant to pin on my bedroom wall! I got a good little gift!

However, once I had my gift I couldn’t get another one so watched as the next boy got for his gift a pair of nice team shorts which was a better gift! A bit green with envy, I now watched as the third boy received the next gift which was a nice new team jersey! By far the best gift!

In our bible passage this morning we see that 10 lepers who met Jesus with an impossible need and they said “ Jesus, Master, have mercy on us.” And Jesus said to them “Go, show yourself to the priests”….and they went, and they were healed. They all received the good & better gift of healing.

“But one of them, when he saw that he was healed, turned back, and with a loud voice glorified God, and fell down on his face at Jesus feet, giving Him thanks!..and he was a Samaritan. (v13-16). This leper received the best gift of healing, for not only was he healed but he entered into a relationship with the Healer!

We need Him not just for today but in the future, so let us cultivate that relationship through falling at His feet and giving thanks.

Well, that’s my Moments with the Master for today. I trust you all enjoy the rest of your week! 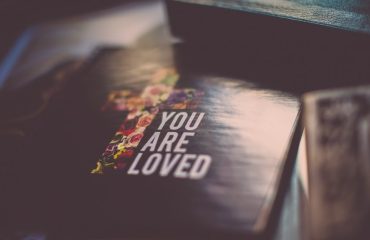 A Slave to Jesus Christ